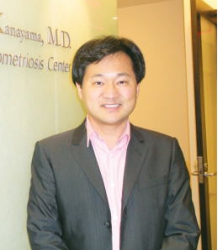 Born and raised in Tokyo Japan, Dr
. Kanayama had a personal encounter with Jesus at the age of 17, and was commissioned by The Lord to become a Christian doctor, in order to demonstrate the healing power of Jesus Christ in the medical marketplace
.

With the guidance of the Holy Spirit, he developed a highly effective, advanced laparoscopic surgical technique, which treats advanced endometriosis and restore the normal anatomy and reproductive functions.

• Fasting blood glucose What is sildenafil citrate? needs and priorities will be significantly influenced by.

. Through his prayer team in NYC, he has witnessed many divine healing and miracles in his patients. He is currently rated as one of top endometriosis spesialists in the United States, and received several patients’ choice award since 2006. In 2013, he was awarded as “Most compassionate doctor” award by the Vitals organization.

Dr. Kanayama also has been speaking both nationally and internationally as a guest speaker and a marketplace missionary (the United States, Norway, Japan, Korea, China, Taiwan, India, Pakistan, Australia, Kenya and other nations). As the new vision and calling from the Lord, he established the International Marketplace Ministry (IMM) in May 2013 in Japan for the revival of nations and BTJ (Back To Jerusalem) movement. IMM ministry will be expanded to different nations.